Update: THE FAMILY of SAS war hero George Denny have kept a round-the-clock vigil around his hospital bedside as his condition worsened over the weekend.

On Friday YT reported that the ninety-year-old WW2 hero had taken ill after he was told his treasured commando dagger had been stolen from the Purfleet Museum.

Below is the story we published on Friday. We have added a photograph of the dagger. 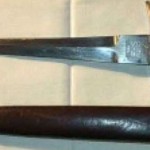 EVERYONE IN Aveley knows George Denny. Every day, people would see the Shannon Way war veteran rushing around in a way that belied his ninety years.

But then again, George is no ordinary nonagenarian.

George Denny, 90, is one of the last surviving members of a branch of the SAS that fought in the Second World War.

But perhaps the word survive is, unfortunately, the best word to describe George’s present condition as he clings onto life in intensive care at Basildon Hospital.

Four years ago, George decided that he wanted to see one of his most treasured possessions, an SAS commando dagger in a museum. He wanted the satisfaction of being a living part of history.

George loaned the dagger to the Purfleet Heritage Museum in Centurion Way.

On many occasions, George would go and visit the knife.

His grandson, Darren Cockerell, 29, said: “The family would drive him down to the museum. He would always look so proud and puff out his chest when he saw it, like the proud soldier that he is.

“The knife always meant something special to him. None of us know what he went through, the colleagues he lost and the scars he bore. Only his wife and my Nan knew and she passed away earlier this year.

“He went through things that only a war hero would understand.”

Earlier this year, the family decided to set the wheels in motion for the dagger to be signed over to his grandson.

Darren said: “We just wanted to ensure that it was kept in the family.”

“On Sunday, July 17th, George asked me had the knife been signed over. He told me he would give the museum a ring.” 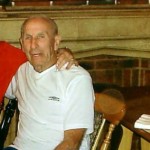 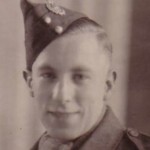 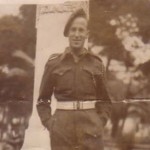 When George rang the museum, he received terrible news. According to the family, the museum informed George that the knife had been missing for the last three weeks.

Darren said: “We were shocked and George was in bits. He took the news really badly.

He added: “The museum didn’t re-open until the Thursday (July 21st) and as they had not returned any of my calls, we went down there.”

The family and staff searched the area but to no avail.

Darren added: “We were not only looking for the knife but the piece of paper beneath it which gave details of its history and ownership. That was also stolen and is very important if anyone wanted to sell it on.”

After they got home, Darren became concerned for the health of the 90-year-old war hero.

Darren said: “Even over a few days, he withdrew into himself. He had lost his beloved wife earlier this year and this seemed to be his last link with the past.”

George’s health deteriorated and he was admitted into Basildon hospital with a stomach ulcer.

His condition worsened and he was transferred to the intensive care ward.

Darren said: “It is as if it was all he had to live for. He wanted to be a living part of history and now it has been stolen.”

“Grand-dad is in a very serious condition, We just hope and pray.

Asked if the family was angry with the museum, Darren replied: “Yes we are. Why did they leave it for three weeks? Why didn’t they tell us immediately?

“And not one of them has rung up to ask how George is. It disgusts us all.”

Essex Police confirmed that they had received a report of a theft.

A spokesperson said: “The report of the theft of a dagger between the dates of July 1st and July 17th from the Purfleet Museum has been made to us.”

Museum staff members, Alan Gosling and Richard Smith have spoken to YourThurrock to confirm that they are still looking for the knife.

Richard said: “The building was not broken into. It appears that the knife was removed from its display.We are still looking for it.”