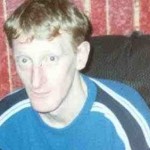 POLICE are appealing for information about a man missing from his home since beginning of November.

Paul McEwan, 49, has not been seen for at least ten days near his address in Adelaide Road, Tilbury.

Mr McEwan has no close family or friends in the area and was reported missing on Thursday, November 17, by his former partner when she had not heard from him in a while.

Mr McEwan has connections in the Clydebank area of Scotland and police as working on the possibility he may have made his way up north.

He is described as white, 5ft 10ins tall, thin, with light brown hair.

Anyone with information is asked to contact police in Tilbury on 101.