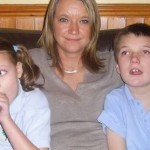 The tragic story of how first her brother John contracted the disease which strikes at the immune system followed by his sister struck the heart of many in the borough.

Her brother John, 15, was struck down with the disease in June 2004, followed by Bridie just a few months later in September.

Bridie’s mother, Marina Philpott and the family spent years campaigning, fundraising, hoping that one day a cure would be found.

Tributes have been pouring in for Bridie and her family, particularly on their Curebattens site on Facebook which has over 1,400 members.

Among the comments are:

Jo Richardson: “Trying to explain how much I miss you, is like trying to count all the stars in the sky. Impossible! Sleep tight sweetheart.”

Kaylie Stone: “R.I.P Bridie sleep tight you are with all the angels now xxxx and thinking of all bridies family!”

Margaret Harris: “Going to miss you so much tinkerbell but one day we will meet again and I’ll make sure i bring a hair brush with me until then your have a place in my heart forever,love you always.”

Details of the funeral arrangements for the Crouch Road family will be announced later in the week.