Shock for staff and customers as Henry’s in Aveley closes

BY ALL accounts it was a great New Years Eve bash at Henrys restaurant and bar in Romford Road, Aveley as the packed crowd brought in 2013. But there was a different atmosphere on January 2nd when staff turned up to find that the premises was closed.

According to reports, later that day, bailiffs turned up and security was in place on the door.

By Friday morning, when a YT reporter turned up, the bar was a ghost pub with fixtures and fittings strewn outside the bar. The only noise that could be heard was from the ducks in the duckpond.

There were also other people that turned up on Thursday. Bride-to be, Joanne Baker (27) from Dagenham had booked the marquee for her wedding reception in July.

Joanne said: “I heard a rumour from a local DJ. We rang the bar but got no reply. My father went down but he was met by security who couldn’t give him any further information.

“We have paid a deposit and made invites with the Henry’s details on them. This is very distressing.”

YT was also contacted by an Aveley woman (who did not wish to be named) who had booked the place for her 30th birthday and paid a deposit.

A check with companies house revealed that Henry’s Bar and Catering Limited had been wound up. Infact the process had begun as early as last May.

A statement of affairs revealed that the company was in debt to the tune of £11,000.

But on Saturday morning, the Aveley woman and subsequently, Joanne Baker have been in contact with a person who identified themselves as management who pledged to pay back the deposit.

YT also contacted them. We asked if they would be returning all deposits but they swiftly said: “No comment” and slammed down the phone.

According to companies house, final meetings of the members and creditors of Henry’s Bar and Catering Limited will be held at The Old Exchange, 234 Southchurch Road, Southend on Sea on 23 January 2013 at 10.00 am and 10.15 am respectively.

In the meantime, other venues in the area are available.

The secretary of Aveley FC has told YT that the Millers function suite is available.

Mr Johnson said: “I have already taken two bookings today from disgruntled people. If you have a function and need a hall, call me on 07946 438540, to book The Millers Suite @ Aveley Football Club. 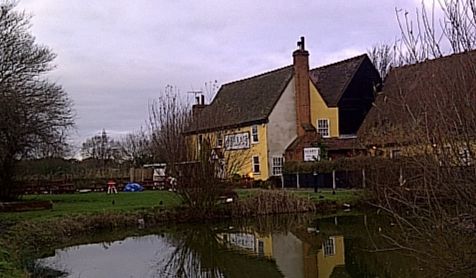