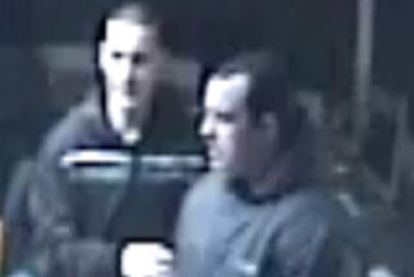 young males were caught on CCTV at South Essex College’s Thurrock Campus, Woodview, as they stole five Apple Mac computers worth £5000. There was also criminal damage to the locked classroom door that was kicked in.

The theft took place on the afternoon of Thursday 3rd January, just before the start of term.

The College, who are working closely with police, has released a clear image of the two young men in the hope of apprehending them.

One is described as thin and the other a larger build, both have short hair. Do you know or recognise them?

The image is being distributed to the local media, across the College to all staff and students and across the College’s social media platforms on Twitter and Facebook in the hope of them getting a positive identification.

Anyone who can help the police with their enquiries can contact PC Pitchford, part of the Grays Investigation Team, by telephoning 101, extension 360066.

The public are also encouraged to report to police if they are offered any computing equipment for sale which they believe may have been stolen.