CHILDREN and staff at Woodside Academy are jubilant after Woodside boys’ A team were declared the overall winners of the Thurrock Primary Schools Football League following a decisive 6:3 victory against Gateway Free School in their final game of the season.

Headteacher Edward Caines said “This was a well deserved success both for the children and the staff who train them and a tribute not only to their skill and fitness but their excellent team work”.

The school has had a successful sporting term with the girls’ A team also winning their league with a 4:0 victory over Stanford on the last day of term. 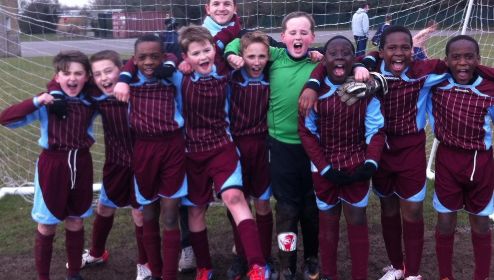 Woodside Academy has a high commitment to extra-curricular activities and particularly sport. With A, B and C teams for both boys and girls in year 5 and 6 Woodside regularly fields 6 teams against other schools plus teams for younger players and other activities such as High Five Netball.