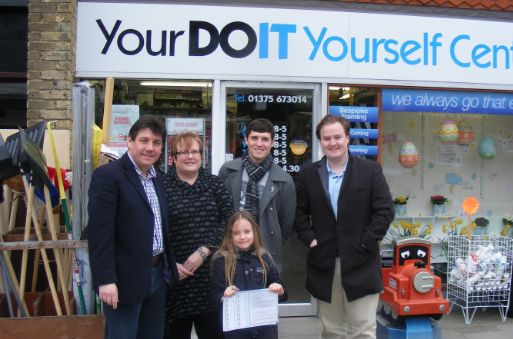 CORRINGHAM residents, traders and even local politicians joined in on the inaugural Easter Egg hunt in the town centre.

The day was organised by the Residents And Traders Association of Corringham (RATAC).

Over 140 children took part on Saturday, even though it was a very cold day with snow showers and at one point hail stones!

Ron Huelin, President of RATAC said “It was great to see so many excited children and happy smiley faces in the town centre.

“So many people said it was an excellent idea and what a great day it was, then asked us to do some more”.

Deb Stewart from Your Do it Yourself Centre (which was the starting point for the Free Easter Egg Hunt) said “We had a great time interacting with the children and parents. Everyone enjoyed themselves and we had children returning with “Thank you” letters and flowers only hours into the event, it was an amazing day filled with laughter for everyone”.

Ron Huelin added: “We achieved the desired effect – Local residents and shopkeepers became re-acquainted with each other and their town centre. Some people discovered shops they didn’t know existed in Corringham and more importantly, had fun doing it.

It was wonderful to see our local MP Stephen Metcalfe and councillors Mark Coxshall and James Halden.

Emma Keast of Cranberries surprised the lucky winner of the prize draw with a phone call. Marie Birde of Oxwich Close was amazed when she came to collect her prize and realised just how much she had won.

The prize worth over £300 consisted of gifts and vouchers from all the shopkeepers that took part in the Easter Egg Hunt. 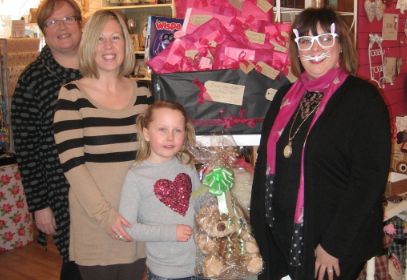