Absolute Beginners? Thieves make off with David Bowie t-shirts as well as £165,000 worth of designer clothing

An £800 reward is being offered for the safe return of a unique African painting stolen in south-west Essex in which thieves also stole a number of limited-edition designer T-shirts which commemorated the launch of David Bowie’s album in March.The items were taken from a lorry on London Road in West Thurrock at 1pm on Tuesday, March 5. As well as the T-shirts, a number of Paul Smith trousers and shoes were also taken with all the designer clothing worth an estimated £165,000. 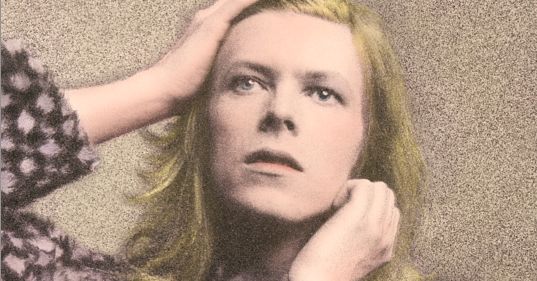 Investigating Officer, Pc Jakki Hardingham, said: “Each shirt has a one-off pattern on each one, making them ever-so unique. They were specially produced to mark the launch of The Next Day and so we’re hoping that someone recognises the image of one of these shirts and contacts us with its location so that we can get a lead on who committed the crime.”

The painting depicts many African faces and animals and is a striking red colour. Peter Chappell, who imported the painting on behalf of its owner, is offering £800 for its safe, undamaged return or information leading to its safe recovery.

Anyone with information in connection with this theft is urged to contact investigating officers at Grays police station 101 or Crimestoppers on 0800 555111.

YT has asked the police to update us if there are any ch-ch-ch-changes.