AN LTA leaders course took place at the club on 25th April under the guidance of our head coach Terry. The students from William Edwards school who completed the course arranged subsequent competitions for local primary schools. Little Thurrock and Warren Primary school participated in these competitions last Thursday 10th May. The winners of of the day was Warren primary school.

Thurrock Mens II won their first match of the summer season in Essex League against DL Basildon. The score was 7-3. Teams were brother Jason and Darren Cole and Jack Lloyd (Capt) and Danny Svendsen.

After finishing joint 2nd in ther Essex Winter League the ladies team got off to a fantastic start beating Danbury at home 7-3. Teams were Diane Morgan (Capt) and Janice McAlear and Amy Beadle and Denver.

In additions to the Essex and Brentwood leagues, the Thurrock LTC teams will also be participating in the Southend and District singles, doubles and mixed senior and veterans leagues. If anyone is interested in playing for the teams or wants to enjoy the social aspect of the club please contact Jenny Hurly 01375 374623 or Terry Morgan 0797 650 2393.

A spokesperson said: “We have a website for further info www.thurrockltc.co.uk including coaching facilities for all standards. 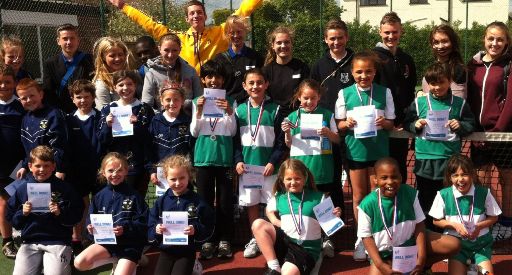 Finally we will again be operating a summer school at the club throughout the summer holidays. This follows success from previous years and we look forward to welcoming anyone interested in taking up tennis. Follow the website for dates and info.