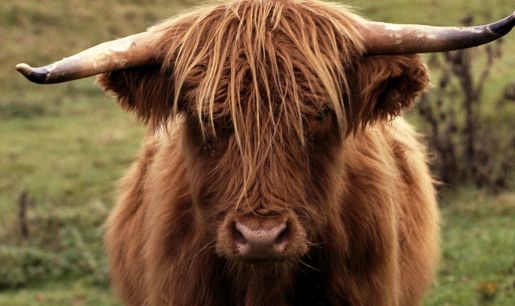 THE IDEA of Highland cows and Thurrock might seem an odd combination – but Thurrock Council’s rangers have ensured the breed is thriving here.

Much of the grassland on Langdon Hills Country Park is under Higher Level Stewardship (HLS) – a grant from Natural England awarded to sites which are managed in an environmentally friendly way.

Under the scheme the council receives funds for maintaining and increasing the biodiversity of the site as well as specific funds for using native breeds for grazing.

The Highland cattle are on the field as part of the team’s management for wildlife, scheme, targeting species such as the grizzled skipper butterfly and skylarks.

There are currently six cows and three calves at the park with at least one more cow expected to calve within the coming weeks.

The cattle graze the site between April and October every year moving between the grass field and scrubland.

They help control scrub as they eat some of the saplings and scrub species as well as creating bare patches of ground which are good for butterflies. In Essex, the grizzled skipper can only be found on the Langdon Hills ridge.

On Friday (26 July) Thurrock Council’s portfolio holder for environment visited the park and saw the young calves for herself. She said: “The variety of things Thurrock Council does never ceases to amaze me. It’s sad but it seems the things people love – like the Thameside Theatre, libraries and Langdon Hills – are rarely associated with the local authority.

“I would urge as many people as possible to visit the country park. The team does tremendous work throughout the year, but the summer months are really special.

“Seeing these cows up close was quite an experience!”