THURROCK Council leader and education portfolio holder, Cllr John Kent, was out and about in the borough’s schools on Thursday (22 August) as students picked up their GCSE results.

As with the national picture, some schools have experienced changes to the grades that were predicted both in English and maths. Overall, however, it is a positive picture with the Thurrock average rising from last year and likely to be above national average.

Several Thurrock students have achieved spectacular numbers of passes, including one Gable Hall student who obtained 14 A* or A pass at GCSE, plus an A/S level and every student sitting GCSE English at Harris Chafford Hundred obtained an A* to C pass.

Of the ten secondary schools and academies in Thurrock, six saw improvements in their overall results and there has been a large rise in English Baccalaureate (EBacc) success rates – the EBacc is seen as the platform for young people to go on to A-levels and high-quality vocational study.

Cllr Kent said: “One result I found particularly pleasing is one of one of our looked after children – a student at Ormiston Park – who secured a clutch of A* to C passes, including an A in maths, an A* in art and design and a distinction in IT.”

He added: “I visited St Clere’s and Grays Convent and it was great to see so many happy faces – young people who had achieved so much and who were starting out on the road to college, university and work.

“It seems changes at the national level have blurred the overall picture again this year, but I’m pleased that most of our schools and academies have done as well as expected.

“The efforts of the students themselves, their families and their teachers deserves to be recognised – whatever the final outcome and this year too there is something new to help students who want to continue learning locally, but who perhaps found their results were not quite what had been hoped for.

“Now, simply by clicking on www.ucasprogress.com students can quickly find out about local post-16 courses.” 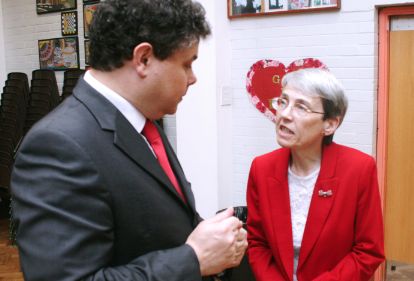 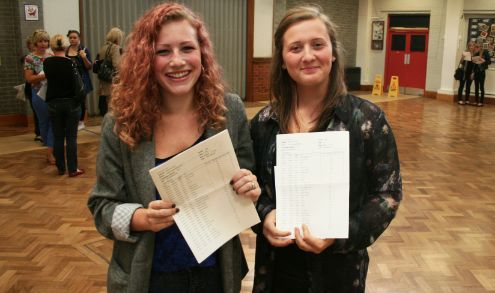 One Response to "Education boss delighted with results on GCSE day"