Power Rangers are coming to Lakeside! 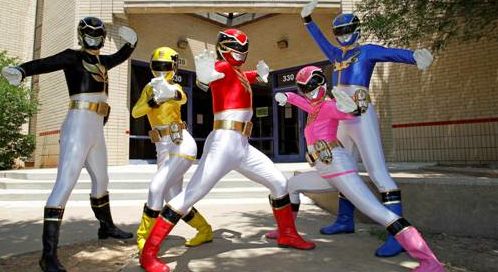 Rangers Megaforce characters are coming to intu Lakeside on Saturday 31st August to perform six live shows, as a new TV series is launched. The free event celebrates 20 years of the Power Rangers and gives families the chance to meet the all-new characters.

Fans will be able to play with the latest action figures and construction toys in specially designed interactive areas, take part in a live fashion show, see a physical fitness demonstration and get their faces painted as their favourite Power Ranger.

Izzie Peskett, Marketing Manager at intu Lakeside said: “The Power Rangers are very popular and are likely to attract a lot of attention when we welcome them to the centre. Children and their families are sure to be entertained as there are live shows throughout the day and a wealth of free interactive activities to get involved in.”

The Power Rangers Megaforce TV series airs this month on Channel 5 and later this autumn on Nickelodeon. Saban Brands, Bandai Toys, Mega Bloks and Rubies Masquerade in conjunction with Intu Shopping Centres have come together to celebrate the launch of the new series.

Visitors to intu Lakeside will also be given the opportunity to sample the Power Rangers Megaforce Nintendo 3DS video game adaptation from Namco Bandai Games. From intu’s Power Ranger events across the country, one lucky attendee will also win the ultimate POWERED UP family weekend break to London, while many others will walk away with the latest toys and back to school items all for free.

The 30-minute live shows by the Power Rangers at intu Lakeside will take place on Saturday 31st August outside House of Fraser at 11am,12noon, 1pm, 3pm, 4pm and 5pm.