Athletics: Rain no pain for the Mel Batty 10K

IN spite of the torrential rain during the preceeding 24 hours the 2nd edition of the Mel Batty 10K took place on Sunday morning around the puddle strewn streets of North Grays and Orsett.

Thanks to the tremendous support from Club members and Mel’s family. It again was a successful event with 132 finishers, 10 more than last year.

The race was won by Dartford’s Ben Louch in 32m 48s. The ladies race was again won by Kerry Holland of Southend in 38m33s. This constitutes a new course record as it was a minute faster than her time last year.

THURROCK’S athletes faired well with Grays-based Dennis Cross recording a pb of 34m45s in 4th place. Scott Rice did well to take the veteran’s 40+ prize by finishing in an excellent 7th place. His time was 36m05s.

These 3 made up Thurrock’s team which was 3rd in the team event. The formidable veteran 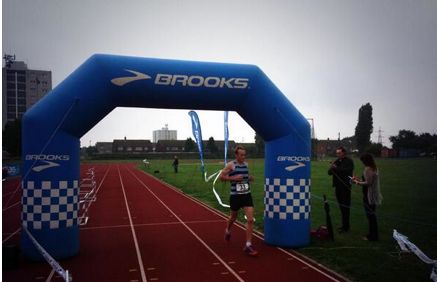 Pat Dobbs finished in 93rd place which was good enough to take the trophy in the 70+ section.

The Tobins, Mark and Anthony, had good runs to secure top 20 places in the men’s race. The lady’s team consisted of Sam Tuck 47m46s (65th) and Victoria Peacock 49m25s (76th) who with Jodi Farrell finished in 3rd place.