The Stifford Clays councillor and former principal of Thurrock Adult Community College had been fighting cancer since 2007.

But in those six years, Diana (66) had showed an indomitable spirit and tenacity even turning up to her final council meeting last month despite being very unwell.

Over the years, Diana had developed a special love for Davy Down park. Her strawberry tea for breast cancer was a highlight of the summer season.

Elected as member for Stifford Clays, Cllr Hale had represented the area for many years before the council gained unitary status in 1997 when she had to resign because she became a council employee as principal of the Thurrock Adult College.

Returning ten years later, she championed the Davey Down Trust, a member of the Thames Chase Joint Committee, became cabinet member for education in 2010 and her enthusiasm for younger people was seen in May this year when she became chair of the Children’s Services Overview and Scrutiny Committee.

Thurrock Council Leader, Cllr John Kent, said on Thursday (29 August): “I am deeply saddened. Diana was a long-time and true personal friend as well as a tireless worker for people less fortunate than herself.

“Her whole ethos was to try and improve other people’s lives and the world is a darker place with her passing.”

“Diana Hale was a true inspiration. She fought cancer right to the end, defying the odds and determined to live life to the full for as long as possible.

“She believed in education and the chances it offered – so she worked hard to improve the schools here in Thurrock. She also was involved in many charities and community groups in the borough. We will all miss her wise counsel and her passionate commitment.

“My thoughts and the thoughts of everyone in the Thurrock Labour Party are with her family especially her mother Betty.”

“Diana was very pleased to have been elected to serve as Councillor for Stifford Clays in 2007 and I know she felt honoured to have been re- elected in 2011.

She was a forthright, honourable, passionate and caring person putting others needs before her own.

Most recently She was very proud and excited to have been part of the planning and development process for the recently opened Elizabeth Gardens extra care development.

I know she will be greatly missed by the residents of Stifford Clays.

Personally, I am very grateful for the tremendous support she gave me in campaigning for my election as her ward colleague in 2010 . She was a good friend, very caring, and always supportive and I will miss her terribly.”

“I am deeply saddened to hear of the death of Thurrock councillor Diana Hale. I first knew Diana in my role as a local reporter sitting opposite her in the council chamber and then later as a fellow governor at Basildon
Hospital.

“She was a truly dedicated local councillor and governor who stood up not only for her ward but for Thurrock and the wider community. She was a courageous woman and fought her cancer with great dignity. She will be truly
missed and I hope her Strawberry Tea will continue in her honour.”

As a personal tribute to Diana Hale, here are four films we made over the past four years. We are sure you will agree that all the films show how Diana was embedded within the Thurrock community. 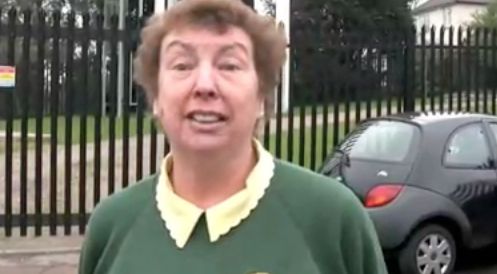