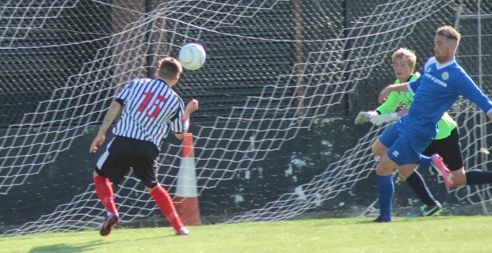 TILBURY made progress against a stubborn Kirkley and Pakefield side to make progress in the FA Cup on a warm Saturday afternoon. Tilbury were able to include in form Lee Weemes and Joe Christou to the line up following defeat at Chatham on Bank Holiday Monday. On a sunny afternoon Tilbury were out the blocks after only 35 seconds when Weemes effort was well saved. From the resulting corner Rimmel Daniel headed against the in side of the post and away to safety.

On four minutes Kirkley’s Ross King was denied by Marrable. The clearest chance of the half fell to Kirkley substitute Nathen Russell who latched on to a clearance from defence only to miss an open goal. Marrable again saved on 30 when Mansbridge hooked towards goal. Before the break Weemes had two good efforts saved by visiting goalkeeper Rodgers. Kyle Baker on 42 had his effort saved by Marrable before Martin had his shot well saved on the line by Conor Mead. There was still time for Weemes again to be denied after a good ball from Ryan Blackman.

Within 3 minutes of the resumption, Tilbury took the lead when Weemes played in Sam Cutler who fired home from the edge of the area. Both sides continued to push for a goal and the visitors were denied on 2 occasions by Marrable, and Christou had his effort saved at the other end. On 90 substitute Harry Cook was played in and struck the upright of the bar. The next attack saw Cook become provider when he crossed from the right leaving Tony Jacobs the easy chance of heading home to seal a place in the 1st qualifying round with the winners playing Waltham Abbey or Whitton United.

Tilbury return to league action on Saturday when they welcome local rivals Aveley.