THURROCK MP Jackie Doyle-Price claims that Friday’s chaos proves that the Government needs to rethink its proposals for a new Lower Thames crossing.

The MP has written to the chancellor, George Osborne.

“Friday’s chaos proves there are not enough crossings east of Tower Bridge. As traffic is diverted to Blackwall, queues were as far back as Rainham. When the Dartford crossing closes vast areas become car parks causing misery for motorists.

But it also illustrates that the options under consideration are the wrong ones. They would simply add to congestion on the M25 and the A13. The Government needs to think again. A new crossing at Canvey offers the opportunity to link the M2 and the M11 and establish a new outer ring road. That would bring real resilience to the road network. Dependency on too few crossings brings real risk which is costing our economy badly.” 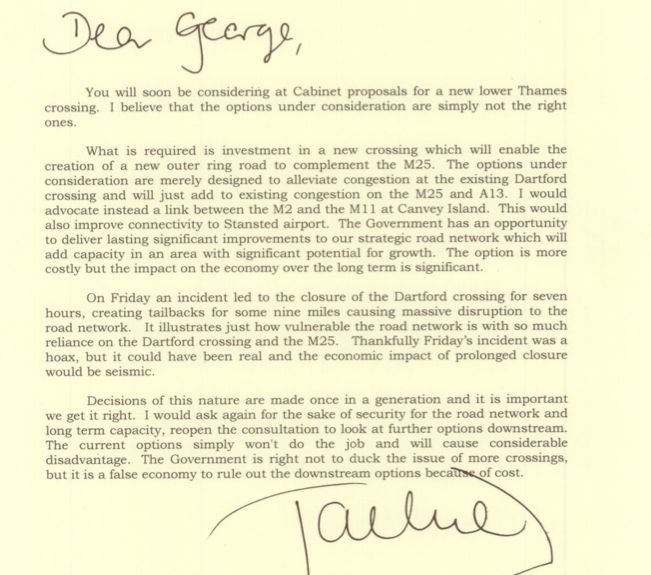