TWO surgeons from Addenbrookes hospital in Cambridge have told how they were dropped onto a crane in order to operate on a man who had his leg trapped.

It is thought the engineer is still being treated at Addenbrookes. 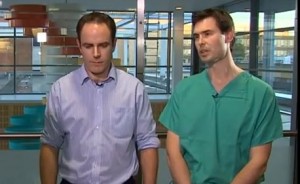