IT ARRIVED AT night to herald what is hoped to be a new dawn as London Gateway welcomed its first ship in.

The MOL Caledon, a 58,000-tonne container ship, came in at just after 10pm last night laden with fruit and wine from South Africa.

The containers will be lifted off and then sent around the UK.

The ship is expected to leave at just after 1pm this afternoon. 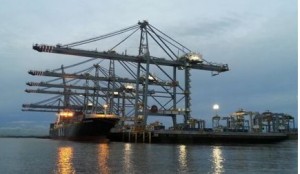 The arrival has attracted media attention from around the globe but bosses have warned against any hopes of “overnight success”.

Group CEO, Mohammed Sharaf told Radio 4 that making a profit will “be a challenge..”

He said: “This is a long term project and in many ways a transformational project. For may it will be a change in thinking.” 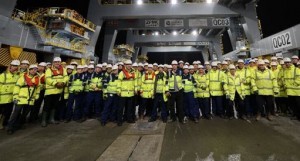