All across the borough,Thurrock pays tribute to the fallen

THURROCK paid tribute to those who gave so much in conflict in a series of services across the borough.

The largest ceremony was in Grays where Thurrock MP, Jackie Doyle-Price, leader of Thurrock Council, John Kent and a host of representatives from the Thurrock community came together to pay tribute.

The ceremony was led by reverend Darren Barlow. 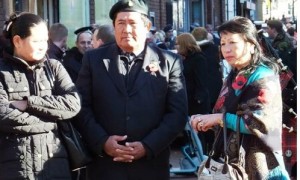 The people of Aveley gathered around the high street memorial that, since 2008, always has added poignancy, with the memorial to Lt Cpl Nicky Mason also in the same grounds. 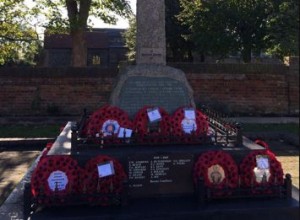 White doves, the symbols of peace were also released into the clear blue Aveley sky. 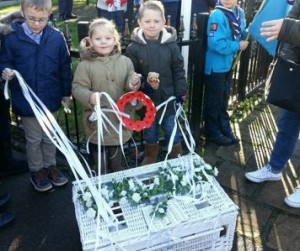 In East Tilbury, residents gathered at the Bata memorial, that despite a number of thefts, remains upstanding and proud and looked fantastic in the crisp autumn conditions.

It was also so good for so many parents proud of their for taking part. 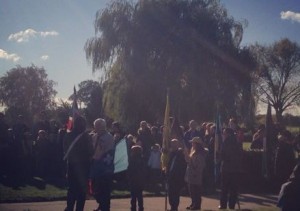 Needless to say the close-knit community of Stanford-le-Hope gathered around their war memorial to pay tribute.

One resident, Jan Parish, went onto Facebook, to leave he thoughts on the Stanford ceremony.

She said: “I was very proud standing watching the Remembrance Parade in Stanford today. The community coming together to remember all that have served, are serving and will serve our country. I thought the laying of the wreaths was beautiful, especially at the end when members of the public came forward to lay their contributions.

“There was an elderly gentleman (I wonder what stories he could tell) and there were young people too (I wonder what they had been told), each of us there having our own reasons but I think the most important thing I noticed today was that this is a community that will work together and we will never forget all our heroes.” 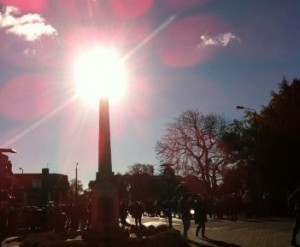 And finally, in Tilbury, a service was held in the civic square to pay their respects. Prospective parliamentary candidate, Polly Billington was joined by councillors and members of the community.

With thanks to Rob Lay, Shane Ralph, Carrie Plumb, William Howard for the photographs.

One Response to "All across the borough,Thurrock pays tribute to the fallen"