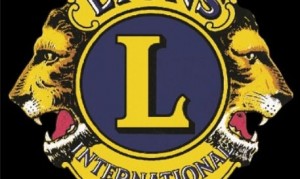 What a lovely evening, conductor Daryl Barber gave an excellent performance, guiding the choir singing in their first Christmas concert for this year. It was entertainment at its highest. There was audience participation when Daryl began his Christmas introduction and led into the first song.

Beginning with ‘It’s a Wonderful Time of the Year’ following with a variety of excellent Christmas songs and others from a medley from the films of M G M. Daryl gave a hand out of bells to ring for the audience to join in. This was done with much enthusiasm by the participants.

The music for the MOSAIC performance was accompanied by pianist Stuart Rush who also played a solo piece ‘Slow Coach’ that every ones toes tapping.

After a break for refreshments, served by members of the EROS club and the Raffle being drawn came the second half of the evening.

Beginning with The Disney song ‘Bear Necessities’ and followed by Moon River and others from the Disney films young and old have all enjoyed.

The evening ended with a hearty rendering of ‘The Holly and the Ivy’ to give everyone a start to enter the Spirit of Christmas.

The Thurrock Lions Club raised £500 for charity from this night performance.