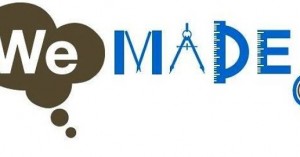 SAMUEL Partridge from Gable Hall School has been announced as the winning pupil from South Basildon and East Thurrock in the local round of a national school manufacturing competition.

The We Made It! competition invited 11 – 14 year olds throughout the UK to let their imagination run wild and design a brand new product or gadget.

The competition aims to give children the opportunity to see that manufacturing is about design and creativity as well as hands-on making of the products. From fashion and video game consoles to cars and airplanes, there are many varied industries with manufacturing at their heart and in which exciting career opportunities exist.

The 23 winning entries went through to the next stage of the competition, the formal judging day, where a panel of manufacturing experts whittled down the shortlist to 7 national finalists, all of which get the chance to bring their designs to life by working with some of the UK’s Fab Lab’s, (digital fabrication laboratories) based all across the UK.

The local MP Stephen Metcalfe praised Samuel’s idea for a set of headphones that can convert into portable speakers. He said: “It was extremely difficult to pick a winner as there were some fantastic entries. I chose Samuel for the quality of his design and because he bettered a pre-existing product.”

“Whilst Samuel did not make the national final, he should be extremely proud of his achievement. I would like to congratulate all those in South Basildon and East Thurrock who took part and I hope that the competition might have given young people an insight into the diverse and exciting range of careers available in the technology and engineering industries.”

The national winner’s prototypes will be revealed for the first time at the awards ceremony in March. For further information about the competition please see: www.wemadeituk.co.uk.