THE VISIT OF HRH Prince Charles and the Duchess of Cornwall to the High House Production Park in Purfleet gave a royal seal of approval to the jewel in the Thurrock renaissance’s crown.

The royal couple visited the whole site including the National Skills Academy (NSA) and the the Royal Opera House Workshops during their visit.

From there, the royal couple went into the NSA and saw first hand, the work of the students from South Essex College as well as the magnificent facilities on hand.

They were then introduced to members of key organisations that are part of the infrastructure of the HHPP including the Royal Opera education team, Thurrock Council, Thurrock Community Chorus and the HHPP artists. 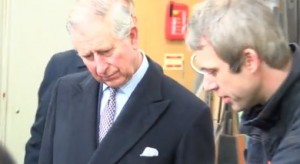 spoke to council leader John Kent and chief executive about the importance of the visit.