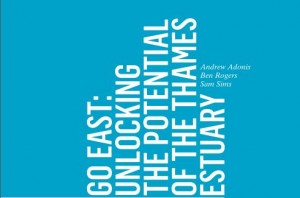 Cllr Kent said: “It’s undoubtedly interesting and controversial; there are some good ideas – for instance, accepting that the concept of one Thames Gateway is flawed. South Essex is very different from south London.

“However, the suggestion of setting up another development corporation – or corporations – is simply not something that should be considered. I think Thurrock is a perfect example of showing a corporation isn’t necessary if the local authority has the power and drive to think big.

“And the very idea of building a huge new town at Corringham is an idea that should be strangled at birth.

“I’d be happy to talk with my colleagues elsewhere in what the report calls the East Thames – inside and outside of Greater London, on the south bank as well as the north bank of the river – to find ways we could work together. We’re already doing it in south Essex.”

He added: “I’m also concerned about how much study the many authors have put in. DP World and London Gateway obviously play a major role in the report – but it’s described as ‘near Basildon’ and ‘near Thurrock’ as well as in our borough. I don’t think it’s an editing error, I fear someone’s promoting ideas without proper research.

“Our plans for Purfleet also rate a mention but the authors don’t seem to have looked any closer at what’s happening here as their ‘cultural’ statements focus on the proposals for Swanscombe and East London, yet totally ignore what’s already happening and growing at the High House Production Park.

“Finally there’s the river crossing. The report highlights the need for more bridges or tunnels between Tower Bridge and the sea; it lambasts government’s historic failure to identify a Lower Thames Crossing, but it fails to suggest a site for one.”

Cllr Kent said: “I want to invite the authors to come to Thurrock to see what a forward thinking local authority can achieve. As I said, there are some very interesting ideas contained in these 82 pages – as well as some awful ones, but that’s what think tanks do.

“My fear is that the report’s London-centric attitude will be picked up by Westminster and the Mayor’s office.”

The report is available at http://centreforlondon.org/publication/go-east-unlocking-potential-thames-estuary/