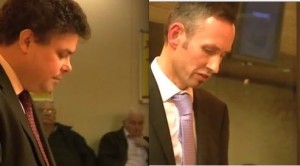 THURROCK Council agreed a council tax freeze on Wednesday (26 February) evening, but bills will be rising a little in the borough.

The debate, as you will see below was led by council leader, John Kent. Many other councillors put their point across. The Conservative councillors were greatly concerned that “What used to be called overspends is now called pressures.”

Members were told the Essex Police and Crime Panel wished to raise what is known as their “precept” so the average (Band C) home in Thurrock would pay a total of £1,038.59 a year. The fire service had also agreed a freeze.

Leader of the Council, Cllr John Kent, told the meeting: “Last year when we were considering the two-year budget, we agreed to plan for a 1.9 per cent increase, but as time went on it became ever more obvious that wages are still not keeping up with inflation.

“Train tickets, heating and lighting costs, the weekly shop, the rising cost of childcare – all are making ever more deeper inroads into our pockets and so it was important that we did the little we can in the fight against the cost of living crisis affecting so many.

“This year the government has changed the way its council tax freeze grant works, so the money will not drop out of the calculation a year or two later. That meant we were able to top up the budget by £400,000 from reserves and ask officers to find appropriate savings scheduled for 2015 onwards and bring them forward.”

He explained that because Thurrock had supported a two-year budget in February 2013, the usual detailed discussions had taken place then, “there have to be some changes,” he said, “but we were prepared for them too”.

Cllr Kent said: “Our sound financial management had seen us put money aside for emergencies, so we were prepared for the £2.4 million hit we’ve had to take from Tilbury Power Station’s closure.

“Some said we were silly – even stupid – to put money in reserves when we were having to make cuts. At the time I said we were being prudent, and so it has proved.

“In addition – our hard work to raise reserves to a sensible level has allowed us to protect the ordinary working men and women of Thurrock from another increase in council tax.”

He said the “two year budget has meant we have been able to look even further ahead into the huge challenges that are yet to come and concluded: “Council tax frozen at the lowest rate in Essex, reserves rebuilt, innovative ways of working, the most exciting regeneration agenda anywhere in the country and a council ready to meet the huge financial challenges to come.”