Val’s not happy as Tories try to sink her Gloriana

SHE may or may not have the body of a week and feeble woman but portfolio holder for Housing, cllr Val Morris-Cook was in a rage at what she saw as Tory attempts to prevent the progress of her flagship housing company, Gloriana.

Conservative shadow leader, cllr Phil Anderson rose on the floor of the council chamber to express his concern that the process of democracy and transparency may be being circumvented with a call for the whole issue of a Thurrock Council housing project being discussed in the Thurrock Labour cabinet alone.

Cllr Anderson and his colleagues were most concerned at the cost of what looked like a £60 million pound loan and the financial implications to the Thurrock taxpayer.

“We have always been clear that we can see potential in this idea. It could offer people in Thurrock a chance to get out of dependency and gain a first foothold on the housing ladder, and it could deliver regeneration to brownfield sites in public ownership, many of which are currently eyesores.

But what Labour did on Wednesday night was to give themselves a blank cheque to borrow £60M in the name of every man, woman, and child in Thurrock, underwritten by your council taxes. We all know what happened last time the Labour party got their hands on the nation’s credit card, and it must never be allowed to happen again.

These are complex proposals which could see the council trying to become everything from a property developer and house builder to a mortgage lender and estate agent. If Labour get it wrong, the risks to local taxpayers are enormous. Sometimes it is necessary to take risks, but if they are that confident then why not make the decisions in an open manner rather than delegate it to an inner circle of 9 Labour cabinet members who never publically disagree with their leadership on anything?”

“My challenge to Labour leader Cllr John Kent is this: bring your proposals to a full council debate and we will look at them constructively on merit. That means not just bits of detail like a name and a legal structure, but full disclosure of what would be borrowed, where the houses would go, how it will work for tenants and first time buyers, and when the money will be paid back. The success stories of regeneration in Thurrock have always relied on building cross party support, and on something of this size we simply cannot abandon that consensual approach now.” 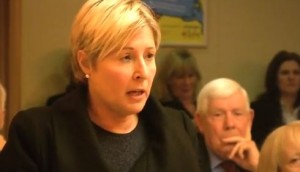