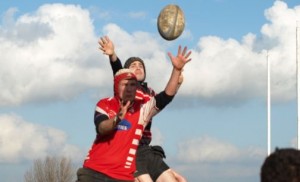 A GOOD Stanford performance was not enough for a well drilled Millwall side. A slow start saw Stanford go behind two tries after just 13 minutes of play. Stanford’s lack of tackling allowed two very soft tries but these seemed to stir the team into the game. Stanford’s hard work in the close kept the Millwall pack pushed back. Stanford was getting the lion share of the territory but as each move pushed on a few late decisions, a few late timed passes proved to be the undoing of a good Stanford attack time and again. Millwall’s backs were very good at linking their moves together and punished Stanford each time a mistake was made.

Having said that Stanford’s defence was now working well and Millwall found it hard to gain any ground through the forwards. Off another Stanford forced move Millwall managed to break the defensive line via their backs to take them three tries and one conversation (17 points) clear. The Stanford players were frustrated with their gifts and this spurred them on to work their first try through Ryan Edgeway and the extra converted points from Calum Reid. Stanford forwards mauled their way forward with good support play and Edgeway broke free to finish off a good Stanford move.

Millwall answered with in minutes with their fourth try to take the score 22 -7 in favour of the visitors at half time. From the start of the 2nd half Stanford were put on the back foot and conceded a fifth try in just less than 10 minutes, but after that they started to again play some good rugby. A strong forward move passing out to the backs saw Jamie Evans take the final pass with two players to beat he stepped the first and spun back inside grounding the ball just over the line. Millwall had the final say with the sixth and final try with about 10 minutes of the game to play.

Millwall were deserved winners 34 -12 but Stanford can hold the heads high they played some good rugby it was just their finishing that let them down.