THE TWO Conservative councillors for Ockendon have continued to press the council for better housing stock in their ward.

Whilst outside the chamber, cllr Lynn Carr has continued to fight the corner for many distressed residents who appear to have some horrendous housing problems in the ward.

One resident, who wished to remain anonymous, said: “We live in a block of flats and have continuously every week contacted Thurrock Council regarding the drains which are in our communal gardens .

“They are constantly over flowing and are blocked which means they are pumping raw sewage everywhere . Not only is the smell stomach churning it means our children are unable to go out and play and we are not able to have any windows open.

“The council send round people who suck the drains out but they have confirmed it’s the pipes that are the problem and the Council have refused to pay to have the work done.

“I can’t help but think they are putting young families in these flats with children yet not maintaining them to the level they should be.” 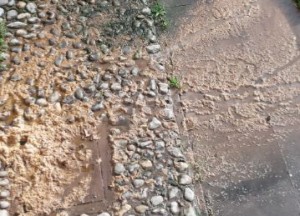 6 Responses to "Ockendon councillors continue to fight for better housing"