POLICE are keen to hear from anyone who recognises two women who were caught on CCTV at the time that a pushchair was stolen from the Lakeside Shopping Centre.

Two suspects had entered into the Santa’s Grotto area at the shopping centre shortly before 7pm on Tuesday December 10, 2013 and removed a Silver Cross push chair chassis and a Maxi Cosi car seat that was attached to it.

The total value of the stolen property is more than £600. The victim had been visiting Santa with her child at the time. Police have carried out enquiries to identify the pair but no names have been established for them so far. One of them is believed to have been pregnant. 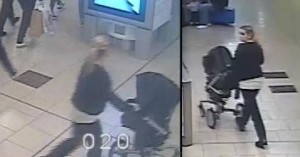 Anyone who recognises the women in the imagery can call PC Charlotte Davis at Lakeside Police Lodge on 101 or call Crimestoppers anonymously on 0800 555 111.