ONE of England’s finest footballers who played, captained and managed his country will be joining DP World London Gateway this year as their guest at the seventh Multimodal freight and logistics exhibition in Birmingham from 29 April – 1 May.

Kevin Keegan will be the special guest at DP World London Gateway’s VIP dinner at the Motorcycle Museum on Wednesday 30 April when he will talking about his career that spanned playing for Liverpool, Hamburg, Newcastle and Southampton, as well as managing Fulham and Manchester City. He was twice European Player of the Year and one of a handful of people ever to play, captain and manage the national side.

London Gateway will be on Stand 425 at this year’s Multimodal exhibition and will be demonstrating their quay crane simulator which proved to be a huge attraction last year. Throughout the three days, London Gateway will also be offering visitors high profile panel discussions on the latest logistics issues. For visitors with an interest in golf – there will be an opportunity to win VIP tickets for the PGA Tour at Wentworth just by completing a survey on the stand. 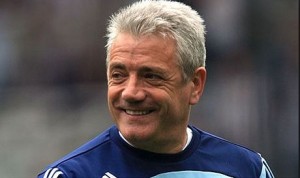 “Kevin Keegan is still one of the most iconic and legendary players we have ever produced. Having him as our guest speaker at the VIP Multimodal dinner has already attracted so much interest. Even for those not interested in football it promises to be a fascinating evening.”

One Response to "Kevin Keegan joins up with DP World"