Kind tributes made to departing councillors

IT IS always a poignant moment in the year of a council, when a councillor steps down, usually after years of service.

This week, tributes were made to three councillors, who will not be seeking re-election in May.

The most fulsome tributes were reserved for Orsett councillor, Mike Revell who has given decades of service to the Conservative Party.

For many, councillor Revell transformed the Conservative Party in Thurrock, taking it from a small cabal of members to its finest hour, when it took the council in 2004.

Cllr Revell will leave a large hold because, as a successful businessman, he had a forensic eye for financial detail. He would always justify his questions by saying: “This is our money and we have every right to know where it is being spent.”

Even in his last appearance, he lambasted the ruling Labour group by discovering that they were paying £500 a day to a “pothole consultant”.

Cllr Sue Little made a very touching tribute to cllr Revell, which can be seen in our film. The Little’s may well be the inheritors of the Revell’s blue torch.

Tributes were also made to Labour’s Grays Riverside councillor, Martin Healy who is also standing down after his second stint.

Again, cllr Healy had an eye for detail. As a shrewd man, he also had an uncanny knack for the wry observation and the “sideways” question that could put opponents on the back foot.

With health scares earlier this year, we hope that Martin takes it easy and if needing a little bit of quiet, he takes a trip to the Emirates where he will no doubt enjoy the “library atmosphere.”

Finally, although she was absent, cllr Wendy Herd will not be seeking re-election in May. Cllr Herd has been a stalwart in Aveley and Uplands for nearly ten years.

YT has, in the last eight years seen the work that cllr Herd has undertaken for the people of Aveley. From fighting to save the green belt, support for local schools, her work as a member of the Essex Police Authority, her work improving the day to day life in Aveley and her excellent work holding Basildon hospital to account.

Cllr Herd has become a peripheral figure over the last few years and joins a number of former councillors: John Cowell, Amanda Prevost, Amanda Arnold, Gareth Davies who appear to have been alienated by their group. The fact that cllr Herd neither attended her last meeting nor sent her apologies, speaks volumes.< 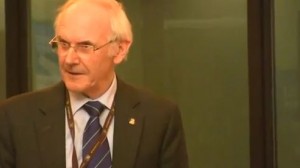