More than 50 shadier in Grays as it’s ranked the “adultery capital” of Essex! 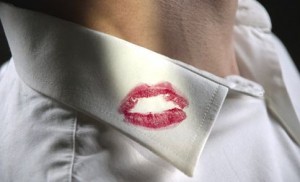 GRAYS has the dubious distinction of being the “adultery capital” of Essex, claims a dating website.

More than 600 people are currently having an extra-marital affair, according to Illicitencounters.com

An interactive web app created by IllicitEncounters.com, a dating website specialising in extra-marital affairs, claims 605 Grays residents are being unfaithful.

The site, which was created to let members meet others looking for an affair while allowing them to stay with their long-term partner or spouse, compiled membership data of 140 UK towns and cities with a population above 50,000.

It places Grays at 33rd in the national table of 140 towns. Chelmsford is next at 44th in the table, Brentwood is 85th whilst Tilbury has 258 people registered on the site. There doesn’t appear to be a ranking for Stifford.

Mike Taylor, of llicitEncounters.com, said: “It is fascinating to see the breakdown of how many people are looking for affairs in your local area. Who wouldn’t want to see if they live in a hanky panky hotspot?

“We have already had thousands of people visiting the website looking to see where their home town ranks compared with their friends.”

The Berkshire town of Maidenhead was named the UK’s Capital of Infidelity, where 1,316 people in the 63,580-person strong town are having an affair.