A MAN from Chafford Hundred has been given four life sentences  for a series of armed robberies in London and Hertfordshire. 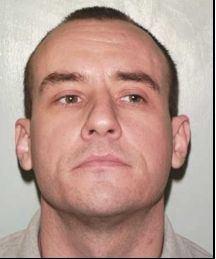 He was sentenced at the Old Bailey today (3 April) as follows:

Conspiracy to rob (Welwyn Garden City offence), for which he received a life sentence, not eligible for parole for six years eight months.

Conspiracy to rob (Wanstead offence), for which he received a life sentence, not eligible for parole for seven years, eight months.

Possession of an imitation firearm with intent to commit an offence (Welwyn Garden City), for which he received a life sentence, not eligible for parole for five years.

Colligan had pleaded not guilty to a further ten offences including two armed robberies; one in Palmers Green, N13 on 22 August 2012, the other in Coulsdon in Surrey on 31 October 2012. The judge ordered that these offences remain on file.

At around 3.20pm on 24 January 2013, staff at the Halifax in Welwyn Garden City, Hertfordshire was refilling the ATM inside the bank. The doors were locked with some customers remaining inside the bank. Whilst refilling the machine, a Nissan Micra reversed across the pavement outside and smashed through the bank’s glass front doors. Two-thirds of the car was driven into the bank with a member of staff receiving leg injuries.

The driver of the car, who was wearing a black balaclava and dark clothing got out the car and produced a firearm, threatening staff and customers in the bank. He then collected the boxes of cash from the floor, put them in the car and drove off along the pavement at speed, stealing £68,000.

A few minutes later, the same man was seen in a nearby residential street. By this time he was not wearing a balaclava and the witness saw him putting some beige boxes into a large red and white tartan laundry bag before running off.

Investigations into the robbery were ongoing when three months later, on 8 May 2013, officers from the Flying Squad were on a pre-planned firearms operation where they observed Colligan in Wanstead High Street, E11 park a Citroen Berlingo car outside an HSBC bank in the street. The van had a large wooden railway sleeper sticking out of its rear doors. Believing that Colligan was about to commit a robbery, he was arrested by armed officers. He was found to be wearing two layers of clothing, two pairs of gloves and was in possession of a loaded firearm, balaclava and a tartan laundry bag.

Further investigation identified that Colligan had conspired with David Cope, who was arrested and charged with conspiracy to commit two robberies.

Detective Constable John Conner of the Flying Squad, said: “The two criminals involved in these robberies showed scant consideration for the frightened staff and customers, who genuinely feared for their lives when confronted with a firearm. I am pleased with the sentences handed down and hope that they act as a deterrent to others. Had it not been for the hard work of the Flying Squad and our counterparts at Hertfordshire Police, these individuals would no doubt still be out committing further offences.”