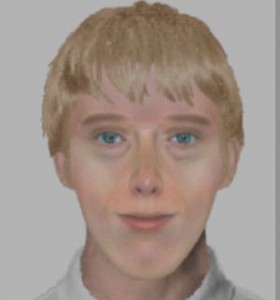 have issued an Efit image and a warning over two men involved in a distraction burglary at South Ockendon.

The incident happened at about 2pm on Thursday April 3 at Mayflower Close.

A woman in her 60s was working on her front garden when a man stopped and started chatting about the work she was doing.

While she was distracted the second man, who is the subject of the Efit, sneaked into the house through the front door.

The woman then noticed the man inside the house and shouted at him to get out. He ran out and apologised, claiming he had the wrong house.

Investigating officer Pc Joanna Watts said: “Although this man rushed out of the house and nothing was taken he was quite brazen and went to knock at the house next door.

“But the woman challenged him again and said she knew her neighbour well and that he had no right to be there. Both men walked off, but in different directions.

“These two men are clearly trying to trick their way into homes in the area and we want warn residents to be on their guard.”

The man in the Efit is described as about 5ft 6in tall, slim and in his early 20s. He was wearing a dirty white polo top. The man who distracted the woman was said to be in his 30s, plump and bald. He was described as dirty-looking and was wearing a blue and white chequered short-sleeve shirt.

Anyone with information about them should contact Pc Watts at Grays CID on 101.