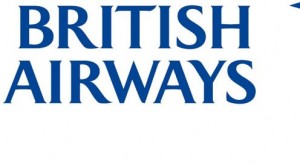 SOLENA Fuels in partnership with British Airways has committed to building the world’s first facility to convert landfill waste into jet fuel. This comes just two weeks before the global aviation community joins forces to discuss ways to reduce the industry’s environmental impact at the 2014 Global Sustainable Aviation Summit in Geneva.

The chosen location for this innovative project is the Thames Enterprise Park, part of the site of the former Coryton oil refinery in Corringham. The site has excellent transport links and existing fuel storage facilities. One thousand construction workers will be hired to build the facility which is due to be completed in 2017, creating up to 150 permanent jobs.

This ground-breaking fuel project is set to revolutionise the production of sustainable aviation fuel. Approximately 575,000 tonnes of post-recycledwaste, normally destined for landfill or incineration, will instead be converted into 120,000 tonnes of clean burning liquid fuels using Solena’s innovative integrated technology. British Airways has made a long-term commitment to purchase all 50,000 tonnes per annum of the jet fuel produce at market competitive rates.

Willie Walsh, chief executive of British Airways’ parent company IAG, said: “We are always striving to reduce our impact on climate change and thisfirst-of-its-kind project marks a significant step for the aviation industry. The construction of the GreenSky London fuel facility at Thames Enterprise Park will lay the foundations for British Airways to reduce its
carbon emissions significantly. The sustainable jet fuel produced each year will be enough to power our flights from London City Airport twice over with carbon savings the equivalent of taking 150,000 cars off the road.”

Solena has been developing the project and will be using its patented high temperature plasma gasification technology to convert the waste efficiently into synthetic gas. The gas will then be converted into liquid hydrocarbons using third party technologies which will include cleaning and conditioning of the gas, a Velocys Fischer-Tropsch conversion process, hydrocracking and electric power production. With the initial engineering design completed, Solena and its partners are now starting the next phase of engineering of the GreenSky London facility.”

Robert Do, president and CEO of Solena Fuels, said: “We are excited to help British Airways achieve its sustainability goals by providing an innovative solution to produce drop-in jet fuel. We anticipate starting construction of the site in approximately 12 months after all the requisite permits and agreements have been obtained. We are looking forward to successfully building GreenSky London and partnering with British Airways on additional facilities in the United Kingdom.”

Thames Enterprise Park and neighbouring Thames Oilport, established in 2012, is a joint venture with Greenergy as one of the investors and the site project facilitator for this project. It is situated on an industrial site on the estuary of the River Thames.

Andrew Owens, chief executive of Greenergy said: “This is an ideal site for a biofuel initiative like Solena’s and we are very pleased to be associated with it. It is located on the Thames with fuel storage and fuel pipelines and good road, rail and jetty infrastructure. Thames Enterprise Park’s main goal is to provide regeneration of the former Coryton oil refinery following its closure in 2012. The facility proposed by British Airways and Solena is exactly the type of high profile technology project
both we and Thurrock Council want to attract to the site, particularly given the number of skilled jobs provided.”

Barclays, as financial adviser, continues to support the GreenSky project. Gabriel Buck, head of CAPEX financing solutions at Barclays, said: “This is undoubtedly a unique and ground breaking project. The economic and environmental fundamentals will, we believe, be attractive to investors from both a debt and equity perspective. The project debt structure has been identified with preliminary agreements in place with an Export Credit Agency who are not only providing the guarantees but also the funding. We
are now focused with the project team on getting all aspects of the funding structure completed.”