IT IS going to be very very close. However, not for the the leader of Thurrock Conservative group and councillor for Stanford East and Corringham Town, Phil Anderson, who looks a tad dead in the water.

It has always been close. Labour won by 61 votes in 2007. But that year reveals much. Labour polled 905, the Conservatives, 844 and the BNP polled 505. They never polled so high again but the point is that there was a lot of angry, frustrated people out there in 2007 and they are still there in 2014. 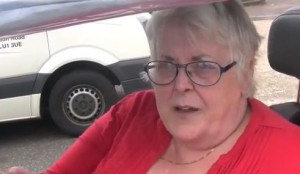 In many ways, the UKIP candidates, Roy Jones picked up on a subject that the very vocal Stanford and Corringham Facebook page also discussed: what are local people are getting out of DP World? There is clearly an element of discontent that perhaps UKIP are exploiting.

Labour have a very canny candidate in Linda Hall, who would be sure to make an impact as a councillor. Just have a look at our interview and make your own mind up.

Tory leader, Phil Anderson has had an interesting four years as a councillor and leader of the Conservative group. But he is really up against it here. He brought a lot as a councillor and as a leader. He will be missed on the planning committee for his insight and depth. However, YT always got the feeling that the council bosses found him somewhat “unpredictable”.

This is a tough call. There are around 2000 to 2500 votes up for grabs and how it is divided between the main three candidates.
It may well be all about the Labour vote standing up and just managing to see off the UKIP surge. Will enough people acknowledge the work that Phil Anderson has done?

2 Responses to "Ward by Ward: Stanford East and Corringham Town"