Metcalfe to take to the skies for soldiers’ charity 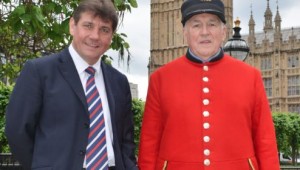 of Parliament Stephen Metcalfe will be taking to the skies for ABF The Soldiers’ Charity – jumping from 13,000 feet in support of soldiers and their families.

Stephen, MP for South Basildon and East Thurrock, will be taking part in a tandem skydive next month, he said; “Soldiers show great courage when serving their country, and I want to do my bit in return. This certainly will be different from the challenging debates in Parliament.”

The Soldiers’ Charity looks after thousands of soldiers and families who are facing hardship, as well as many specialist charities that help the wider Army family. Stephen adds; “As current operations come to a close, we still need to keep the Army in our thoughts. Some of the issues they may face can surface long after operational tours are over.”

Brigadier (Ret’d) Robin Bacon, Chief of Staff at ABF The Soldiers’ Charity, said: “There are not many people who would sign on the dotted line for a skydive – it takes a brave person. It’s a challenging way to raise money. Stephen is the first MP ever to jump for us – we’re extremely grateful for the chance this gives us to spread the word throughout Parliament and beyond. We have a number of jumps throughout the summer so we want to encourage others to take this big plunge.”

Stephen will be jumping alongside The Tigers, who are the Army’s freefall display team from The Princess of Wales Regiment. He will also be joined by 77 year old Chelsea Pensioner Ray Pearson who will be jumping in his scarlet uniform to raise funds for The Soldiers’ Charity. The jump will take place on the 20th June at Netheravon Airfield in Wiltshire.

For more information, or to sign up for the next jump, visit www.soldierscharity.org/events

To support Stephen, visit http://bit.ly/1jfFoQ3 .
Or for details on how you can take part in the skydive, please visit: http://www.soldierscharity.org/events/event-item/skydive