Men sought after theft of whisky from Corringham Co-Op

POLICE have released CCTV images of two men they want to speak to in connection with a theft from the Co-Operative store in Corringham. 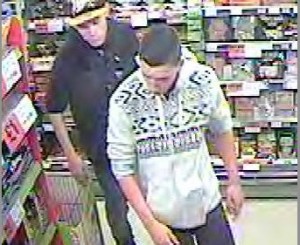 y and went to leave the store without making an attempt to pay. When challenged, the suspects pushed a member of staff before leaving the store.

Anyone who recognises the men in the CCTV images is asked to contact Essex police on 101.