The Thames to be the focal point of regeneration 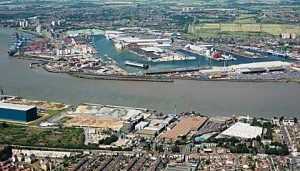 THE river Thames is returning to its age-old role of energising the people and economy of Thurrock.

These developments – and others in the pipeline – are creating thousands of jobs and supporting new homes along or near the 18 miles of riverfront in Thurrock.

However, Cllr Kent also told colleagues of plans to work with partners on cultural events to celebrate the Thames and the estuary. The council is also working to improve, protect and open up the natural environment.

He said: “Working with energetic partners, Thurrock Council is determined to establish a new relationship with the river that has continued to be the local lifeblood through good times and bad.”

He said the council’s blueprint for future work and activity along the river,”Riverscapes”, will promote and improve the area’s natural environment for the benefit of local people, wildlife and the local economy. It will provide a coherent policy framework to bid for funds for a variety of projects, particularly around tourism and the creative industries.

Turning to the prospect of linking the area’s unique location to the arts, Cllr Kent said:

“Redefining the relationship between Thurrock and the river is about more than improvements to the physical environment. It’s also about bringing the riverfront to life by attracting local people and tourists to heritage and cultural destinations around the estuary.

“We have hosted leading cultural figures and arts organisations on tours of the borough and they recognise that our riverfront, historical buildings and history are great inspirations for the creative sector and artists. They see the opportunity for large-scale celebrations of the Thames.”

This could lead to opportunities to showcase both historic riverside sites (such as Tilbury and Coalhouse forts) and local artists.

Amongst the significant regeneration projects already underway along the river, Cllr Kent reminded colleagues, are:

• Expansion at the Port of Tilbury

• New homes and a massive regeneration project centred on film and television industries in Purfleet.

He concluded: “Thurrock is changing and the 18 miles of riverfront, which has seen so much change through the ages, will play a vital part in that transformation.

“With a proper plan (Riverscapes) in place, we can tell the story of the area’s past while mapping out an exciting future.”

The document is available at https://www.thurrock.gov.uk/rivers/riverscapes