New Grays Athletic manager Jody Brown has wasted no time in adding to the squad for the 2014-15 Ryman premier Season. 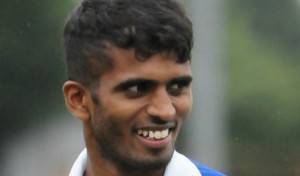 Joining the blues is 25 year old wing back Jey Siva who has joined the club from Wealdstone FC. Jey signed for Wealdstone FC in 2013 and played for them in the 2013-14 Ryman premier campaign having moved across Middlesex from Ryman premier rivals Enfield Town FC where he was highly regarded by both management and fans.

Re-signing this season for the club are fans favourites midfielders Kenny Beaney and Joao Carlos. The club would like to express their appreciation at the loyalty shown by both players to the Blues.