New play area to be opened at Thameside Nature Park

THE Essex Wildlife Trust is opening a new play area at its visitor centre in Thameside Nature Park on Saturday 19th July. With the play area being officially opened at 10am there’ll be plenty to do as children can climb the lighthouse, operate the diggers and slide down the jetty on this custom made play area. 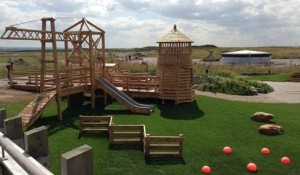 The design, by Flights of Fantasy Creative Play, reflects the history of the site and tells the story of the barge Anglia hitting the Mucking lighthouse leading to its eventual destruction in 1954. Both recreated as play equipment, children can also dig the quarry using ride on diggers, highlighting the site’s history of gravel extraction and landfill.