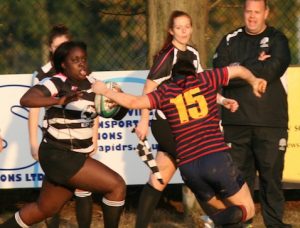 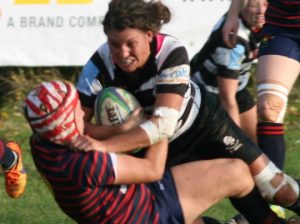 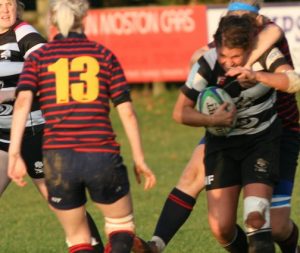 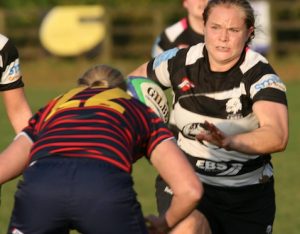 THIS was a game that Trojans really expected to win. Top of the table and scoring trys for fun, they thought that they would finally be a match for the T-Birds.

With their first ever pre-match lunch for a women’s game all of their supporters were planning for a post match celebration.

The T-Birds however had other ideas and it’s completely true that “defence wins games”.

Head Coach Dean White often says to the Team, “go out there like a box of bombs”, and they did.

With Ts attacking in waves from the off, Trojans had no answer to the pace and physicality of the rampant T-Birds and after 5 minutes of defiance a quick penalty saw India Harvey take the quick tap and Georgia Cook drag 3 Trojans over the line with her.

The match then quickly settled into a pattern, both sides looked good with the ball and Trojans played the “prettier” rugby but the T-Birds scramble defence held solid long after the system had broken down.

Despite Foy, Duffy, Baker and Hepper carrying hard into the midfield, poor kicking from T-Birds kept handing Trojans attacking opportunities which had to be snuffed out by the offensive defence which played havoc with the Trojans systems and handling.
0-5 at half time and Trojans still really believed that the win was still within their grasp.

It was another 20 minutes before Thurrock took up an attacking position in Trojan’s 22, but once there, they kept the pressure on until India Harvey danced over the line.

Now with a small cushion, the T-Birds relaxed a little and played better Rugby while Trojans started to realise the game was probably gone.

With the clock running down, Thurrock camped in Trojan’s 22 playing phase after phase, finally Jodie Rettie returning from a 6 week injury braeak, gave a beautiful delayed pass for Tyler to take the gap and touch down under the posts.
Final score was 0-17 which puts the T-Birds top of the League at the half way point, played 7 won 7.

The next Home game for the T-Birds is a National Cup fixture against Premiership outfit Bristol on the 20th November.

============
As always, Thurrock Ladies, the T-Birds welcome new players of any standard to their 2 teams.
No matter how big or small, there is a place for you in a Rugby Team. Many are beginners, playing in their first Season, so don’t be put off if you are new to the game.