Have a Blue Monday with the Hacienda Classical at Vue Thurrock 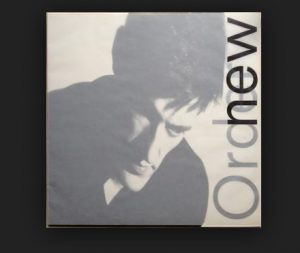 AN exclusive documentary, children’s entertainment and an enchanting Christmas concert are just some of the fantastic events being brought to the big screen by Vue Thurrock in the build-up to the festive period.

The upcoming line-up includes a one-night only screening of Hacienda Classical – The Classical Rave, a brand new documentary charting the journey of the legendary Hacienda club’s move into classical genre. Filmed over the past year, it shows the spectacular results of putting Haçienda stalwarts, Peter Hook, Mike Pickering, Graeme Park, Rowetta and many more together with the innovative Manchester Camerata orchestra for a series of ‘Hacienda Classical’ live events and subsequent recording.

In addition to this exiting documentary, Vue will also be keeping little ones entertained with two Little Screen shows. Aimed at children aged three to six, this is a unique and exciting monthly interactive cinema experience that has been created exclusively for families and their young children. November’s show features Masha and the Bear, Driftwood Bay, Octonauts, Miffy and Paw Patrol. The December show is packed with festive treats, including Sarah and Duck, Digby Dragon and Thomas and Friends
Johnny Carr, Alternative Content Manager at Vue UK and Ireland, commented: “Our live and event cinema showings continue to be hugely popular. We take pride in providing our customers with the best seat in the house for a host of sought-after shows and we don’t just feature acting brilliance.

Later this year we are also showing Christmas with Andre Rieu. This is a wonderful festive celebration of music, featuring a 90-minute recorded Christmas concert from Andre and his famous Johann Strauss Orchestra. The recording includes some of the Christmas favourites, including Hallelujah, Jingle Bells, White Christmas and many more.”
Highlights include: