Rugby: Thurrock bounce back against Letchworth 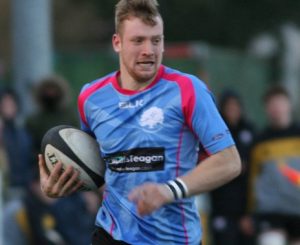 THURROCK bounced back to winning ways with an emphatic bonus point victory has the home side ran in 8 tries. With a very chilly wind coming from the North the visitors decided to play with the advantage but it was Thurrock who started the best with the returning Tom Worsfold kicking an early penalty, Letchworth had the chance to draw level almost immediately but the penalty from Davies hit the post and Thurrock cleared their lines.

Within three phases they were in attack and Freddie Russo found the room to score, then the forwards took centre stage with a rolling maul and Kevin Everitt added the inevitable try. To the visitor’s credit they came back and the impressive Eliaschewsky scored under the posts given Davies an easy conversion.

The second half continued in the same vain Thurrock now with the breeze still chose to continue to run the ball with aplomb and were rewarded with four further tries has Barrand grabbed his second, Trent White went over and back row Charlie Russo added a brace both from chips into space one very conventional from Worsfold as he beat the cover defence, but the last try of the game came from No8 Retigan’s grubber kick for Russo to score and round off the game, Worsfold added 2 conversions. Hughes added an unconverted try for Letchworth in between the four home side tries.