Turning up the heat this winter with the Forbidden Nights’ stunt-orientated variety show. 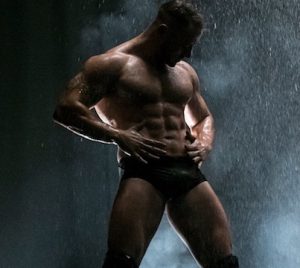 Now that Christmas is just around the corner, we’re unwrapping the surprise early for a sneak peak into Forbidden Nights, the UK’s hottest stunt performers, and what they have lined up for their 2017 UK tour.

The Forbidden Cast with their superhero talents have created a new genre of entertainment, the all male variety show is a cocktail of stunt-orientated circus performances mixed with honed physiques and tease to giving fantasy and forbidden thoughts at every turn.

The show will bring you a two-hour production with explosive group routines and a chance for each member of the Forbidden cast to win you over as they solo their Forbidden tricks to get your pulse racing. Acts include fire and pole routines, a male vocalist, an aerial act and the forbidden dancers to keep you on the edge of your seat.

Having made their debut on Britain’s Got Talent last year, the boy’s 2016 UK tour has been a sell out and with only a month left the boys want to thank all their fans for being part of their Forbidden Nights journey. It looks like you’ve enjoyed it as much as the boys have, with their BGT audition in the top 10 of most watch auditions ever with 50 million hits.

Preparations are already in full swing for the 2017 UK tour, the new routines are packed full of surprises to explode into the New Year! For a Christmas present that is guaranteed to turn up the heat visit http://www.forbidden-nights.co.uk. The one and only Forbidden Cast will be coming to the Thameside Theatre on the 14th January 2017, with tickets starting from £19.50 on sale now. For more information or to book tickets visit the Forbidden Nights website here http://www.forbidden-nights.co.uk/theatre-tour/