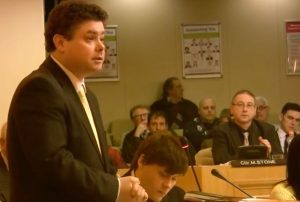 FROM 2010 until earlier this year the Thurrock Labour Party and Councillors put learning, schools and education at the top of their priority list.

But the current Tory leadership seems to think differently, and education does not feature in their proposed vision for the borough claims Thurrock Labour leader, cllr John Kent.

The Labour leader and chair of the council’s Corporate Overview and Scrutiny Committee spoke out on Wednesday (23 November) following the previous evening’s meeting.

He said: “Our committee learned that 92.4 per cent of Thurrock’s youngest children are now at good or outstanding primary schools – that’s well over nine out of ten.

“In 2010 when we took over after six years of a Conservative administration it was one in three.

“Today a bigger percentage of Thurrock’s primary school children are in good or outstanding classes than either those in Essex or Hertfordshire.

“I am really proud of the progress we made and pay tribute to all who work in our schools – and in the council’s Education team – it’s their hard work that has delivered this, sustained, improvement.”

He said: “This success was hard won with the council and schools working together, we dare not let up on that.

“Yet education and schools do not rate a single mention in the newly proposed vision.

“I’m really concerned that Tories want to ditch the target of having each and every primary school child in good or outstanding classes.

“I fear they have put more effort into making their proposed vision look pretty instead of paying attention to what it actually says.

“And that’s not the least of it. There are severe government cuts coming down the road.

“The government’s latest plan includes cutting the Education Support Grant by three-quarters and we are told Thurrock schools could face cuts of more than £8.8 million in the next four years – the equivalent of 238 teachers being made redundant.

“I call on this Tory administration to acknowledge the work this council did under Labour to bring Thurrock education from close to the basement to approaching the penthouse.

“I think everybody who is concerned about Thurrock’s future should contact council leader Rob Gledhill and tell him the importance of including education in the council’s vision, and I think every Thurrock Councillor should insist on education being included in the vision – even if it mucks up their pretty picture.”