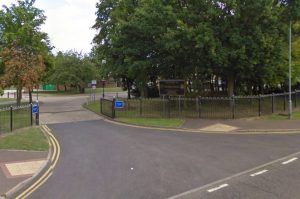 AN ambitious programme of school expansion in Thurrock has been announced. At the recent Cabinet meeting (14 December), councillors agreed £7 million of new investment in schools in the borough.

The plans focuses on the expansion and adaptation of primary and secondary schools, with the funds being used from central government, council capital budgets and Section 106 education allocations from developments in the borough.

The schools initially identified for expansion include The Ockendon Academy and St. Clere’s School, with each taking on an extra class of pupils each year. Ongoing studies will continue to identify which Thurrock primary schools will be expanded.

Cabinet Member for Education and Health, Cllr James Halden, said: “The priority for this administration is to not just build enough places to get by, but build big so there is real choice for parents on where their children can go to school.

“The council is showing real leadership in our desire to drive up standards by expanding the great Multi Academy Trusts in Thurrock.

“I am delighted we have been able to secure this investment for our young people – it is not just an investment in their future, but for the whole borough in terms of the local economy and new job opportunities.”