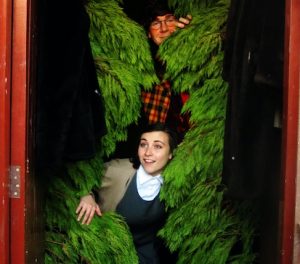 MORE than 200 visitors had the chance to go through the Wardrobe at Coalhouse Fort recently (10 and 11 December) and into the world of Narnia – complete with snow!

On the magical journey to find Santa, visitors met characters such as Mr Tumnus and the White Witch – played by member of the Creative Blast Company.

Cllr Sue MacPherson, Cabinet Member for Neighbourhoods, said: “I want to thank everyone who made this wonderful event so special – the volunteers at Langdon Hills and Coalhouse Fort, and all the people who, in their own individual way contributed to making it enjoyable for all who attended.”

For information on other events at Coalhouse Fort and around the borough, go to thurrock.gov.uk/events