Review of the Year: January to March

WE thought we would have a dip into the archives and remind ourselves of some of the stories that we had covered in 2016.

If you want to know more about some of these stories then just put a few relevant words, e.g: “Ralph the Daschund”. into our search engine. 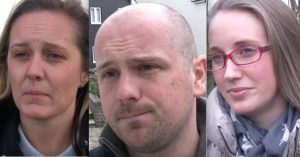 1. Dartford Crossing woes could be lessened by new technology

9. Chadwell were cleaning for The Queen

2. A member of Jewish community unhappy at UKIP leaders remarks at Holocaust memorial

3. Heritage: When thousands of refugees were welcomed to Thurrock

4. Foal rescued from field in Tilbury

6. Tilbury man jailed for life for sex offences against children

7. Ralph the Dachshund was stolen (but he turned up safe and well).

9. Jordan Gray makes his debut on The Voice

12. Who is slaughtering swans in Thurrock?

2. Another traffic death of a South Ockendon teenager

3. State of streets high on agenda