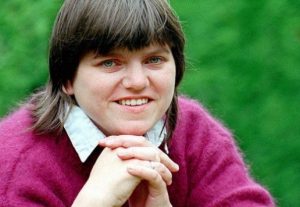 Ms Saward, then 21, was sexually assaulted by two men in Ealing, west London, in 1986. Her father Michael, and her boyfriend were severely beaten.

At the end of the trial of her rapists, the judge said her trauma “had not been so great”, sparking outrage.

Ms Saward was the first rape victim in the UK to waive her anonymity.

She went on to use her public profile to campaign for the victims of sexual violence.

Thurrock based Sericc had worked with Ms award for many years.

A spokespersons for Rape Crisis England & Wales said: “Jill Saward was a good friend and valued supporter of the Rape Crisis movement for three decades.

Waiving her right to lifelong anonymity, she campaigned tirelessly for both legal and social justice for victims and survivors of rape and sexual violence.

“Jill was able to step outside of her own harrowing experience to highlight the needs and rights of all those impacted by sexual violence.

“Most recently, she was focussing on the need to educate jurors at rape trials through the JURIES campaign, which she co-founded.

“Jill was courageous, pioneering and an inspiration. She will be sorely missed. Our thoughts are with her family at this sad time. ”

Ms Saward’s boyfriend at the time David Kerr lives in Purfleet. We have attempted to contact Mr Kerr without success.