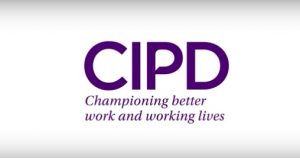 EMPLOYERS have yet to fully consider the implications of a major shift in the reporting of employment tribunal verdicts, according to legal experts who fear companies could feel compelled to settle out of court, or might even introduce ‘blacklists’ of litigants, as a result reports www.cipd.co.uk

Any member of the public will be able to search online for tribunal judgments, by company name or by topic, from a yet-to-be-determined date in early 2017. At present, judgments are only available by request or in person from HM Courts and Tribunals Service (HMCTS).

HMCTS said that, at present, it is anticipated only new verdicts will be published. The service will be free to users.

The new regime has been broadly welcomed in the interests of increasing transparency and highlighting malpractice. The senior president of tribunals has said the online access is part of the principle of “open justice”.

But Vikki Wiberg of law firm Taylor Wessing told The Times employers would fear brand and reputational damage from verdicts being made available. And Tim Tyndall, partner at Birketts, told People Management: “There are no real plus points for employers even if it’s a winning decision, as there is little public interest in an employer winning.”

Wiberg said that, over time, online verdicts might give potential claimants “added confidence” as they can spot patterns of previous claims, which could result in increased numbers of litigants. At the same time, she said employers might search the tribunal database as part of the recruitment process, raising fears of unofficial “blacklists” of previous litigants.

Tyndall added: “Employees might benefit because they get the chance to have their day in court publicised, with the obvious benefit in settlement discussions that there may be a general interest in how their erstwhile employer treats its employees. Also, potentially undeserving employees can try to extract a settlement with the threat that their own misdeeds, if published, will cause embarrassment to their employer.”

Ultimately, “unmeritorious claims” would still be fought, he said, but wider publicity might encourage settlement where matters are more finely balanced.

“Well-advised employers shouldn’t be at the tribunal if they think they are going to lose,” he added. “We have always had public hearings, so your dirty washing has always been visible to a degree. This just makes it easier for more people to find [information] if they have the time to trawl through.”

Meanwhile, the government has been urged to share a report that is expected to show employment tribunal fees have discouraged women and ethnic minorities from bringing cases.

Since charges of up to £1,200 were introduced in 2013, race discrimination claims declined by 58 per cent, TUC figures suggested last month. TUC general secretary Frances O’Grady said the fees were “pricing out thousands each month from pursuing cases”.

The government has known about difficulties with the fees for 18 months, according to the shadow minister for diverse communities, Dawn Butler. She said the Ministry of Justice has been “sitting on” an equality impact assessment and the review’s findings since July 2015.

“All the data tells us that the introduction of fees has hindered the ability of people with limited means to seek justice,” said Butler. The Ministry of Justice would only say that the report would be published “in due course”.

Share
Facebook
Twitter
Linkedin
Email
Print
Previous article
Rugby: It does mean a thing if you get beaten by Tring
Next article
Million pound boost for The Fanns